Looking at the factories that dot the city nowadays, who would have thought that use to be the home of abundant cherry orchards?  Apparently so, if being the host of the annual Cherry Festival off and on since 1909 is any indication.  Although there had been a few year hiatus due to budgetary cuts, the city is gearing up for the 107th Cherry Festival this Saturday, June 4th from 11-6PM.


Although it is one of the closer festivals to me, I have to admit that I do not attend the Cherry Festival as often as I would expect.  Formerly held at the Marina Park which I personally prefer as who would not want to have a view of the Bay while enjoying great food and entertainment and then easy access to the Bay Trail to work off your cherry funnel cake?  After returning from its hiatus, it has relocated to the Downtown San Leandro area which can be a challenge competing with area businesses and residences for a parking spot so get there early as over 30,000 people are expected to attend.


As you can see from last year's pictures, you can expect food, a beer garden, live musical entertainment, and of course lots of cherries! 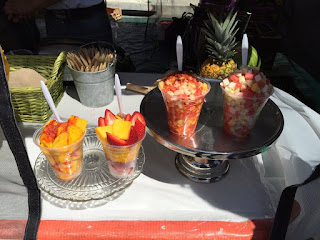 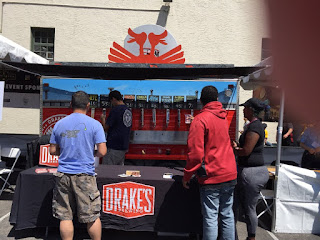 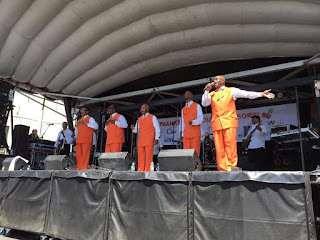 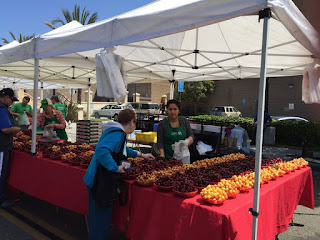 Last year’s standout food vendor for me was based Pinx Catering which if they are participating again this year should be your first stop as if his cherry waffle a la mode last year was any indication, they will be in high demand!


If not, Maru's Kitchen would be my top recommendation this year.  Want more info as to who is expected?  There is an app for that!


One of the highlights of this festival is its live entertainment.  With its close proximity to the Bal Theatre that have brought in great acts from the 90s, the Cherry Festival had been blessed with amazing entertainment like Toni, Tony, Tone, Al B Sure and En Vogue in recent years.  This year get ready for R&B legend Jon B. at 4PM!  Other acts scheduled for the Main Stage are the Premier Heart Tribute Band, Back N’ Black The Ultimate Tribute to AC/DC, Native Elements, and the Legendary Escovedo Family Pete Escovedo and Juan Escovedo Band.


So slap on that sunscreen and get ready for a fun day out in !!

Picture Updates from our attendance this year (2016).  Due to the damage to the California cherry crop this year because of the later season rain, it was running at $5/lb but it was sweeter than last year's so we bought 1 1/2 lbs of the rainiers. 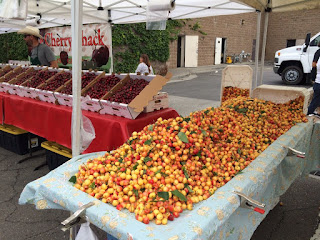 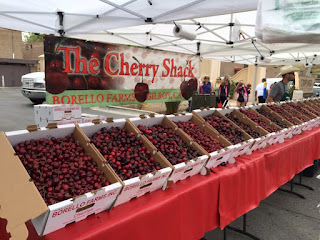 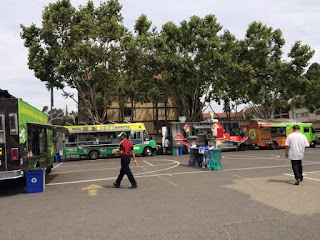 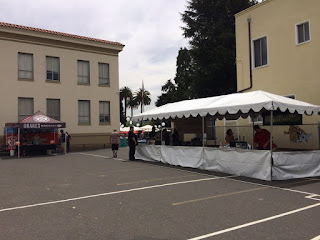 With no Pinx in sight this year, Marus Kitchen Puerto Rican/Costa Rican was our choice this year. 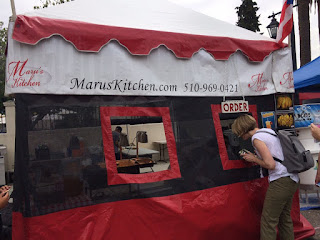 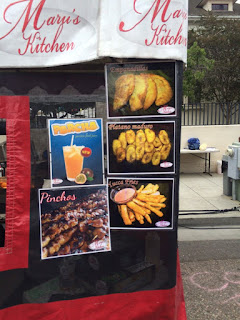 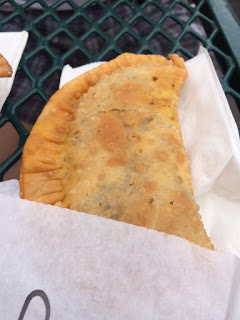 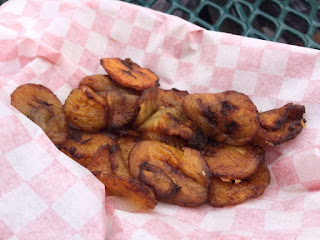 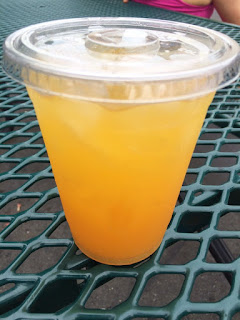 Who can attend a festival and not get a funnel cake?  Apparently not me and with a "When in Rome" mentality, had to get the cherry one but with a slight chocolate twist instead of the whipped cream. 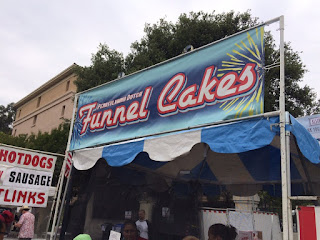 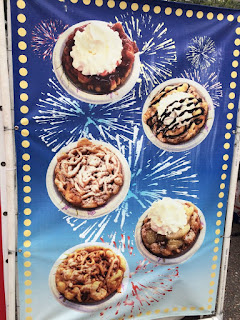 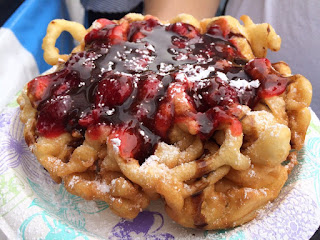