No, I did not just have my own romantic comedy experience in but with only a few precious hours in the city, sleep was definitely not part of our itinerary there.  Although only a short 2 hour flight from the Bay Area, it has been 20 years since I have been to and upon arriving, there were aspects that reminded me of the other city in the Northeast, .  Ironically or coincidentally it was like déjà vu as just like - http://aroundthebayandaway.blogspot.com/2016/07/in-and-out-of-boston.html, we only spent about an hour in upon landing before heading on to our destination and a few hours right before flying out again 3 days later.


However, this foodie just had to make a couple of food stops in during our limited time there.  With only an hour allocated for lunch upon arrival since we wanted to get into - http://aroundthebayandaway.blogspot.com/2017/01/leavenworth-washington.html, another 2 ½ hour drive along the scenic but only 2 lane to the base of the , while the roads were still dry, I needed more of a grab and go option.


Coming across Tom Douglas’ Dahlia Bakery during my research, it was like a dream come true as I discovered the best of both worlds.  A casual offshoot to his Dahlia Lounge next door, offering baked goods and sammies, I was still able to get a taste of the masterpieces this James Beard award winning chef was capable of churning out to have previously beaten out Morimoto on Iron Chef America.


Upon arrival with the energy of the Women’s March right outside its doors along , I discovered their grab and go sammie of the day was a lot smaller than expected coming in only slightly bigger than a slider.  So I switched to two hot breakfast sammies, one bacon and egg, one meat and egg served on an English muffin.  Unsure of how large or small they would be, I added an order of made-to-order Dahlia’s donuts and a slice of their world famous Triple Coconut Cream pie to ensure we were satiated for the next 2 ½ hours, like bears loading up before hibernation.  Ravenously eating in the car after the flight meant the food disappeared before any pictures were taken so you will have to use your imagination or better yet try it out for yourself.  You’re welcome.  The Dahlia’s donuts were six mini beignets tossed with cinnamon and sugar served with marscapone and a seasonal jam (strawberry that day) to slather on before each bite.  Admittedly it was a bit of a challenge eating in the car but one we managed somehow and after swinging our legs out to shake off our sugar coated clothes, grateful it was not powdered sugar, I could have used another order.

Matt’s in the Market and


After experiencing every weather condition over the next 4 days, rain, ice/snow, clouds, and finally sun and clear skies the day we left and days of German food, my stomach was ready for a change in scenery.  So making sure we had a few hours for a sit down meal in before heading back to the airport, we arrived back in time for lunch.  I knew I wanted to check out , 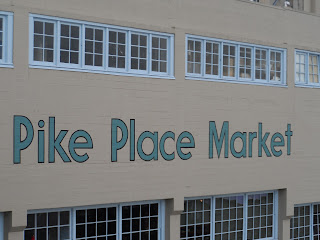 often referred by many as a Foodie’s before leaving so lunch reservations were made at Matt’s in the Market housed in the top floor of the building across the street, offering a great view of the Public Market. 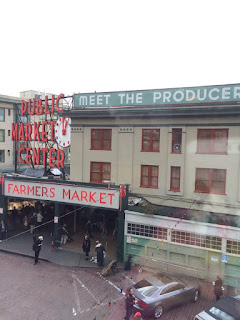 It was a refreshing change to have some fish again especially after 3 meals in a row of wurst, beers, and Bavarian pretzels.  We both opted for the fish options and shrub, 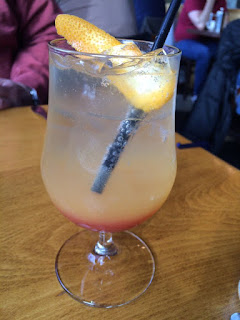 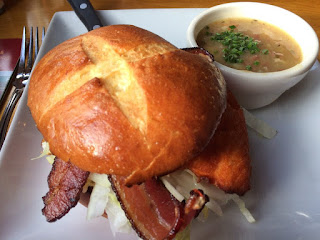 and the albacore tuna sandwich, 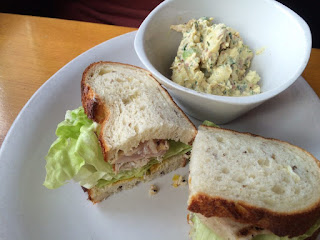 while half wondering if it came straight from the famous Fish Market we had a clear view of across the street.


After lunch, we leisurely strolled through the Pike Place Market, 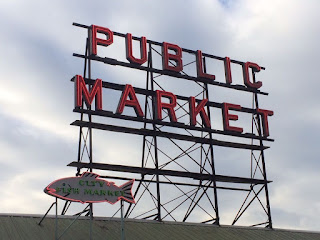 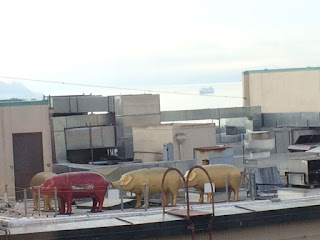 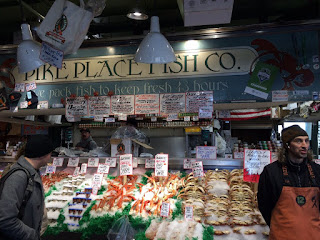 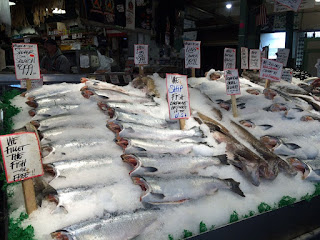 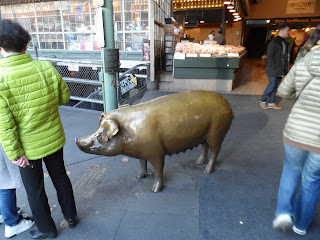 spotted the first Starbucks outside, 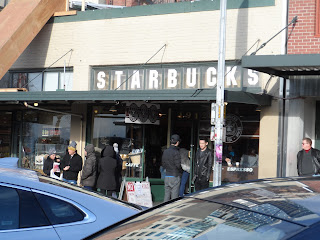 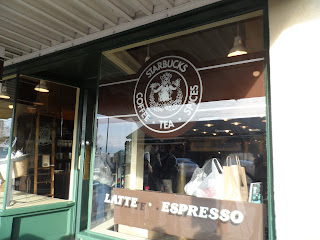 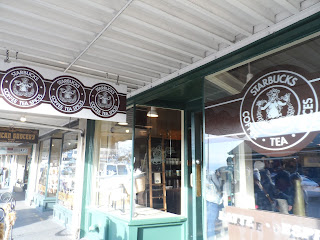 and snapped some pictures of the ferries crossing the sound 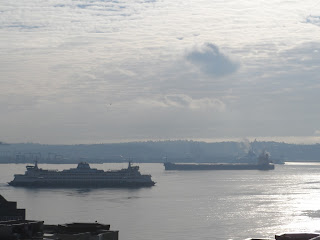 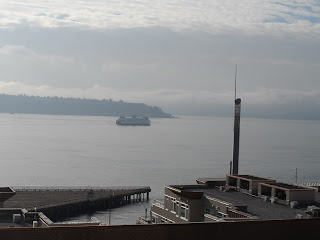 and the Seattle Great Wheel which I was seriously considering whether I had time to see up close and personal. 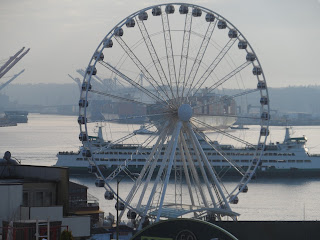 But alas time did not permit this time around and just like our drive by of the Seahawks Stadium CenturyLink Field and the Mariner’s Ballpark Safeco Field on the way to Dahlia the first day, I barely slipped in a 2 minute photo op of the Space Needle 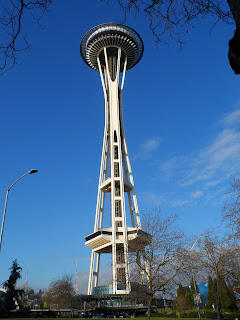 Email ThisBlogThis!Share to TwitterShare to FacebookShare to Pinterest
Labels: Washington