Eats by E, Recipe For Success

I was disappointed to miss a friend’s UYE (Unofficial Yelp Event) at popup Eats by E a few months back so I vowed then to eventually try Chef Eric Pascual’s food for myself.  Cooking from his heart based on his Filipino roots and summers in Hawai`i growing up where so many dishes are influenced by the early migrant plantation workers from Japan, Portugal, Philippines, China, and Korea, his “Hawai`i, a Culinary Crossroads” collaboration with Chef Bautista and Chef Tabura is the perfect fusion. 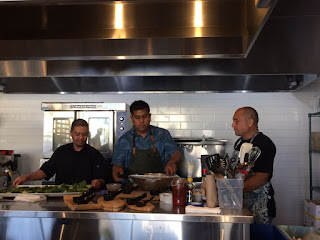 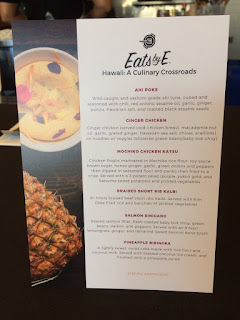 Add in a small “talk story”/background by Lanai before each dish, you will feel like you are sitting in their homes enjoying this special feast prepared with love and aloha. 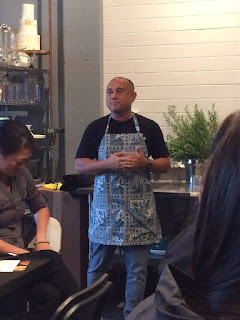 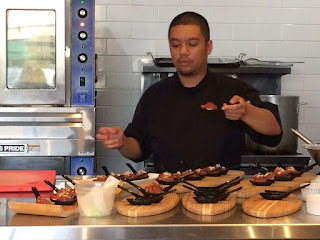 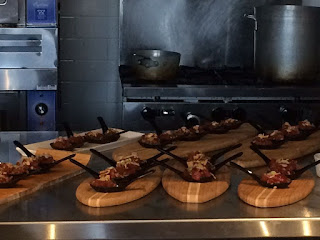 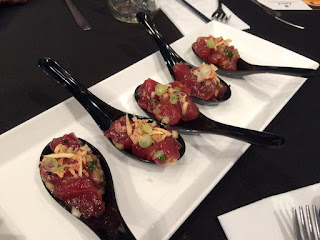 unlike what you find at most Mainland poke shops, dependent on those toppings for flavor, that has been popping up as fast as boba shops.


Next up, Cold Ginger Chicken reminiscent of a Chinese staple but refined with the macadamia nut oil and Hawaiian sea salt in the ginger sauce, served with noodles wrapped around the chopsticks that almost made it too beautiful to eat, almost! 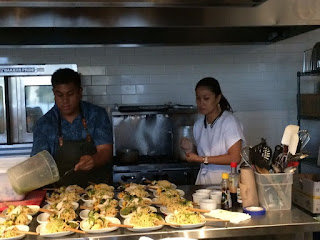 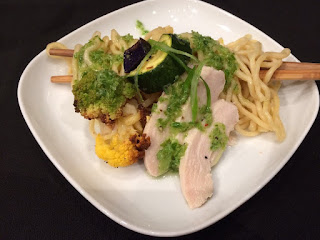 One of our favorite dishes followed, elevating chicken to a whole new level, taking their two favorite Japanese preparations, mochiko chicken and chicken katsu and melding it into the perfect food baby. 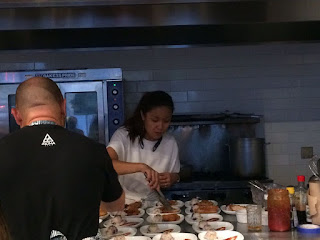 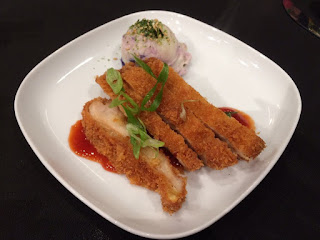 Then an homage to the Korean influence with a rich 6 hour braised Beef Short Rib Kalbi so tender, no knife required, served with kimchee fried rice and banchan of pickled vegetables. 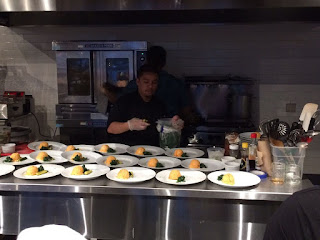 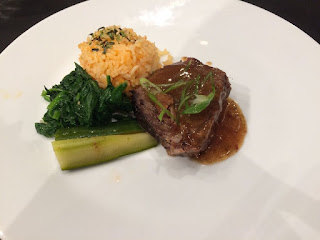 It was genius to follow up with a lighter presentation of the seared salmon in a Filipino Sinigang, a lemongrass, ginger, and tamarind base bone broth.  The acidity was perfect after a rich dish. 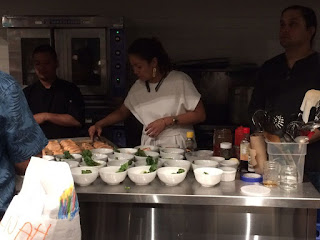 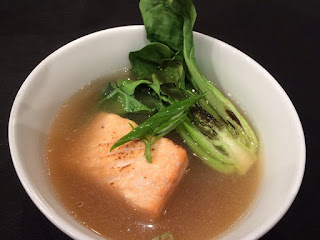 Finishing the night with the two top influences of Chef Pascual’s cooking a Hawaiian-Filipino pineapple bibingka. 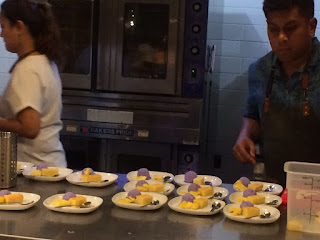 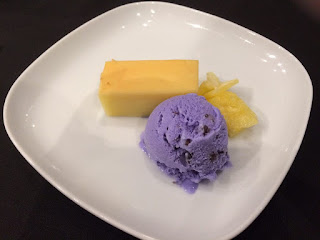 Just like Hawaiian hospitality, you do not leave hungry as we got another taste of our favorite dishes, the ahi poke for me and the mochiko chicken katsu for him which coincidentally is on the menu for tomorrow’s Summer in Hawai`i, Hawaiian-Filipino inspired dinner.  Over wines and our shared love of the islands with other guests at our table, including Chef Bautista’s sister and Hawai`i born, now California based KWIN morning DJ Nikki Blades, by the end of the evening we were departing with a hug like ohana.


This collaboration with Chef Jude Bautista Jr. whose previous experience include Ayesha Curry’s International Smoke and Chef Lanai Tabura, winner of Food Network’s Great Food Truck Race was a winner.  Call it the trifecta of perfection, a recipe for success or the best consolation ever for missing that UYE. 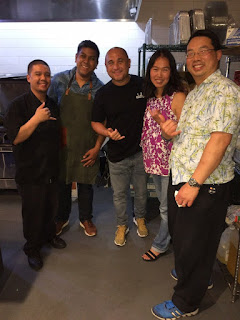