Hubby’s work made us stagnant on our quest to visit all 50 states but ironically his work helped kickstart that quest once again.  Fast forward to 11 years later, he got sent on 3 business trips in 3 months opening up an opportunity for me to tag-a-long for the price of airfare and food.  Choosing among , although tempting since I probably would not make a trip out to otherwise, , or , it was a no brainer for me.  I had to jump at the chance to visit for multiple reasons, its proximity to , a lobster lover’s paradise making it one of the top states I have yet to visit, and to visit my 93 year old aunt who I had not seen since 2002.


We were fortunate to be allowed to fly out on the red eye on Friday night giving us the weekend to settle in and explore before he had to work on Monday.  Upon arrival into , I admit I was overwhelmed by the amount of people and umbrellas that dotted what seemed like every inch of it, bringing back less than pleasant memories of the on a summer weekend.  But once the weekdays rolled around and most schools were back in session, it was pleasantly calmer for leisurely strolls to either end of the beach where you can wet your feet or plop down for a little roti tanning action for an hour or two. 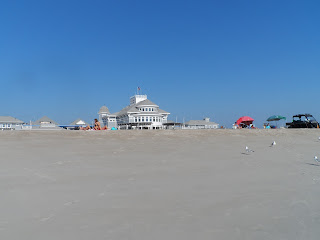 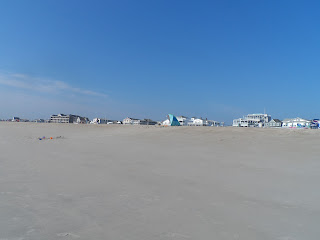 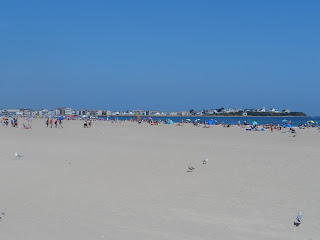 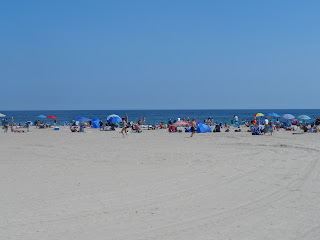 Since I was on my own during the weekdays, I cannot complain being "stranded" at the Ashworth by the Sea for 3 days. 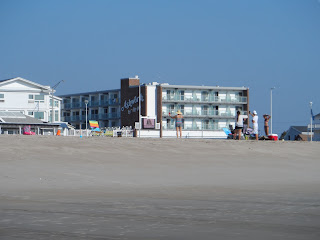 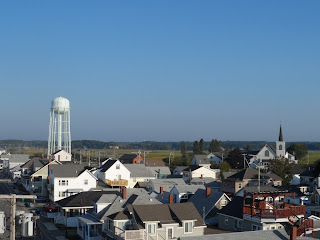 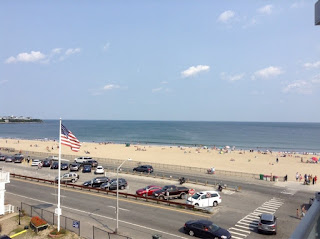 Water in the is colder than what I am used to here in the Pacific but it does feel nice when the beach heats up and because of the boardwalk, it has something for everyone from a casino for adults to multiple arcades and a Funarama for kids and those of us who are still young at heart. 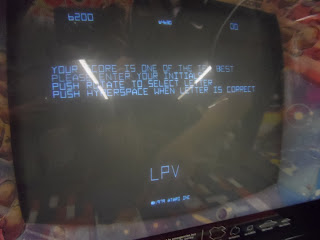 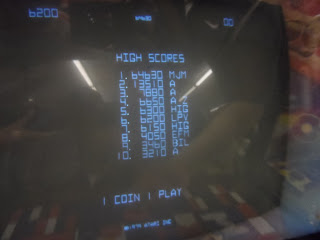 One caveat for someone where food is an important part of travel is the limitation to fried food, greasy pizza, and fried dough along the stretch.  So what do you do when you want something more than typical boardwalk fare but not quite overpriced hotel restaurant food either?  Enter Lupe’s 55 that just opened last season.  With options of rice bowls, burritos, and tacos, I knew I had to try their haddock tacos.  Admittedly it was fried haddock but having the slaw, lime juice, and tomato based hot sauce all wrapped in a tortilla just seemed to make it better.  Not cheap at $10 for 2 tacos but it wasn’t overly priced either for what you get.  Highly recommend supporting this alternate to typical boardwalk fare.  I did, two days in a row!! 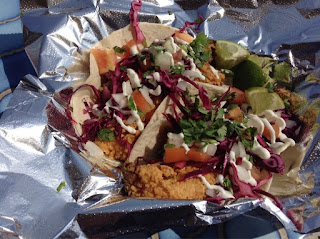 However, after 2 days of haddock tacos, I was looking for a change in scenery.  So since my husband got a chance to take his lunch hour on his last day, he found a relatively new farm to table eatery, Applecrest Farm Bistro - http://farmbistro.com/, in the midst of a working farm and orchard in nearby Hampton Falls - http://applecrest.com/.  We started off intending to share a pulled pork flatbread topped with peaches and green onion and a side of duck fat potatoes.  Halfway through, we realized we were hungrier for more of the delicious offerings and splurged on the Ploughman’s Special charcuterie plate with Merguez Sausage, pickled vegetables, egg, and duck and pork terrine.  The savory meats were great on its own or paired with the sweet chutney or blueberry jam.  What a gem of a find!! 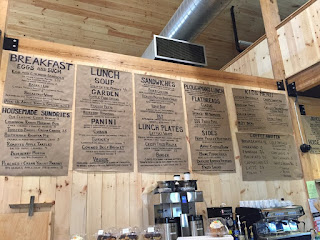 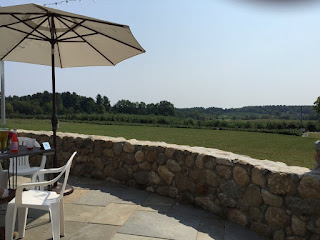 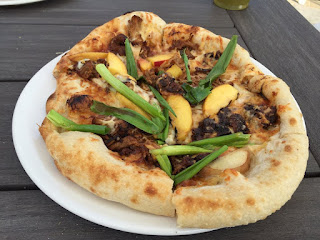 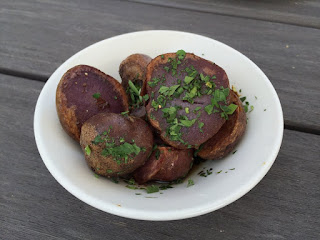 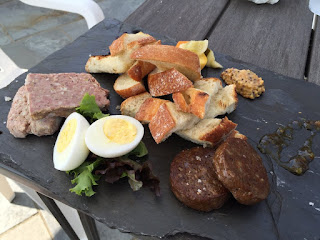 Attached to the bistro is the Apple Farm Orchards, a huge market selling everything from maple syrup which I heard was even better than its counterpart, to peach ciders, to fresh fruit including the wild blueberries and their own farm grown fruits.  Needless to say, I stocked up on NH maple syrup, peach cider, and peach crisp mix to bring back home for ourselves and family. 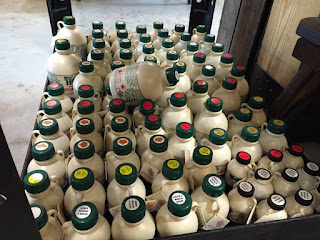 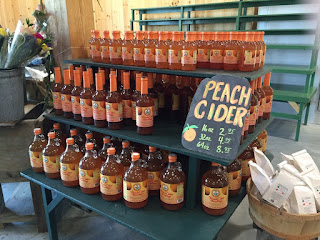 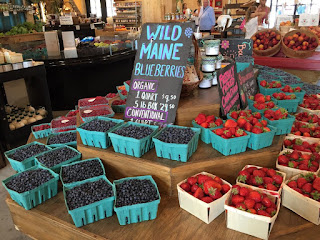 Despite the overwhelming start, I grew fond of and miss seeing this first thing in the morning. 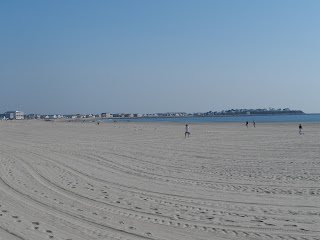 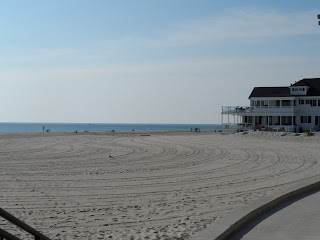 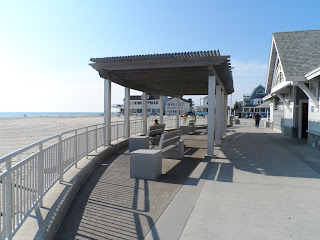